Sony joins the UN to fight the climate crisis with Playing for the Planet alliance.

As youth are awakening to climate change, lots of companies and brands are overhauling their manufacturing methods, as well as how their products work to meet the standards of the UN Environment’s climate resolution.

It is no surprise that a 16-year-old, Greta Thunberg –of whom Elon Musk is a fan, is one of the leading figures of climate change strikes around the globe. Thunberg is accompanied by more than 200,000 people in NY according to Crowd Counting Consortium’s data. One of the organizers of the event, 350.org, reports that approximately 4 million people participated in the demonstrations, a large portion of that crowd were young teens and students.

It makes perfect sense for the UN to create Youth and Environment Alliance and partner with the giants of the gaming industry since the climate crisis is about the future of our world, thus youth.

PS4 is already more eco-friendly than its predecessor
Jim Ryan, President & CEO, SIE, published a blog post stating that Sony will partner with the UN’s Playing for the Planet alliance. Ryan mentioned in his post that SIE was already looking for more eco-friendly products since PS4. He wrote, they “have made substantial commitments and efforts to reduce the power consumption of the PS4 by utilizing efficient technologies such as System-on-a-Chip architecture integrating a high-performance graphics processor, die shrink, power scaling, as well as energy-saving modes such as Suspend-to-RAM.”

He announced that the new generation of PlayStations will have even lower power consumption, and it will be possible to save energy equal to 1,000 U.S. homes if only one million users turn on the energy-saving feature.

Ryan also writes the changes won’t be limited only in hardware. PlayStation gaming services will complete carbon footprint assessments and inform all consumers to set-up and use energy-efficient consoles, he said.

At last but not least, he mentions that they will encourage game developers to include sustainability themes in games.

We are excited to see as much as Jim Ryan how all of these will work out, hoping the best for all of us.

The deal is reportedly worth around $1 billion. 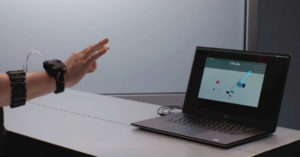 Facebook has announced that it will acquire CTRL-Labs, a neural interface startup that makes wristbands that allow users to control computers with their minds.

The deal, reported to be worth about $1 billion, is the biggest acquisition Facebook has made since it bought Oculus Rift for double the price in 2014.

Andrew “Boz” Bosworth, the head of AR and VR at Facebook, posted the news on his personal Facebook page yesterday.

Bosworth explained that CTRL-Labs “will be joining our Facebook Reality Labs team where we hope to build this kind of technology, at scale, and get it into consumer products faster.”

The company, which creates neural interfaces in the same vein as Elon Musk’s Neuralink, was co-founded by Internet Explorer creator and neuroscientist Thomas Reardon.

CTRL-Labs was founded in 2015 and has since raised $67 million in venture capital.

In his post, Bosworth says that CTRL-Labs’ wristband will be decisive in developing a new type of technology that could ultimately replace traditional keyboard-mouse setups and touchscreens.

No physical controller will be needed whatsoever to control a computer, allowing for a much faster control by humans.

“Technology like this has the potential to open up new creative possibilities and reimagine 19th century inventions in a 21st century world,” Bosworth wrote.
“This is how our interactions in VR and AR can one day look. It can change the way we connect.”
Big competitors
Two months ago, Musk unveiled the work of Neuralink in a presentation. Much in the same way as CTRL-Labs, Neuralink want to allow users to control computers with their minds.

Musk’s company will take a more extreme approach to CTRL-Labs. They want to insert chips into user’s brains surgically.

As per CNBC, the deal between CTRL-Labs and Facebook was made for between $500 million and $1 billion.

While wearables wristbands might seem less impressive than Neuralink’s mind control brain chips, CTRL-Lab’s wristband’s should need less testing, and we might hopefully see the fruits of this new deal fairly soon.

These experiments are perfect for the little scientist looking to get a head start in their career.

As a kid, there was nothing more thrilling than watching a great experiment. The right experiment could range from something that is simply cool and colorful to a project that seemed to unlock the mysteries of the universe. Even more so, the right experiment with a child can plant the seeds of scientific curiosity, sending them down.

As you probably already know, you do not need a complex laboratory filled with expensive equipment to actually do fun and informative experiments with your kids.

In fact, with just some simple, everyday household items you can create both fun, and mesmerizing experiments for people of all ages. Today we are going to look at some of the best experiments you can do around the house with your little ones.